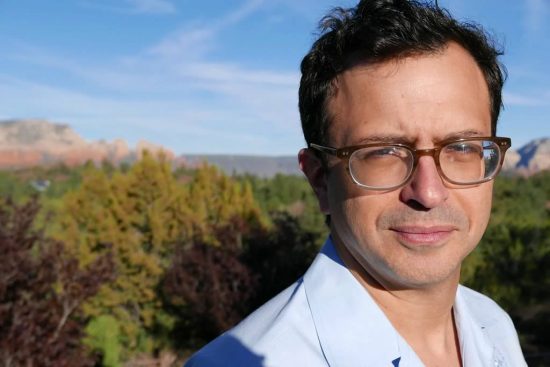 Daniel Borzutzky is the author of The Performance of Becoming Human, winner of the 2016 National Book Award for Poetry. His other books and chapbooks include In the Murmurs of the Rotten Carcass Economy (2015), Bedtime Stories for the End of the World! (2015), Data Bodies (2013), The Book of Interfering Bodies (2011), and The Ecstasy of Capitulation (2007). He has translated Raúl Zurita’s The Country of Planks (2015) and Song for his Disappeared Love (2010), and Jaime Luis Huenún’s Port Trakl (2008). His work has been supported by the Illinois Arts Council, the National Endowment for the Arts, and the Pen/Heim Translation Fund. He lives in Chicago.

Links:
Memories of my Overdevelopment
In the Blazing Cities of Your Rotten Carcass Mouth
Lake Michigan, Scene 6