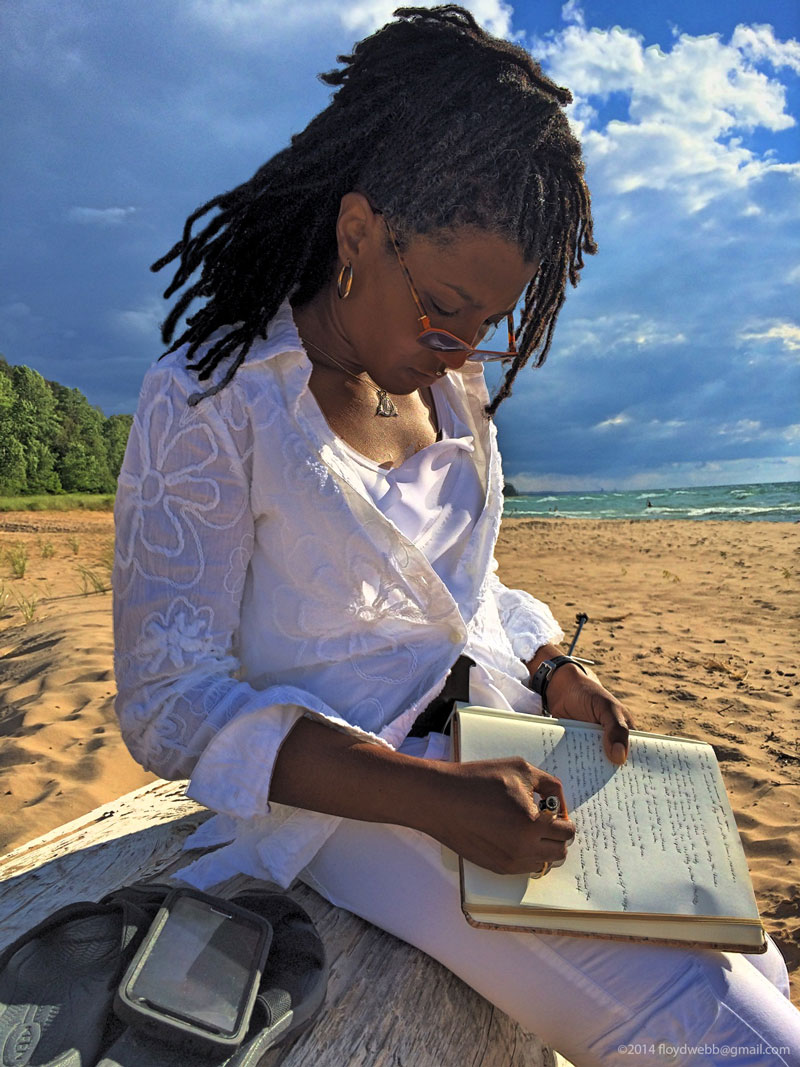 Duriel E. Harris is a poet, performer, and sound artist. She is author of three print volumes of poetry, including her most recent, No Dictionary of a Living Tongue (Nightboat, 2017), Drag (2003) and Amnesiac: Poems (2010). Multi-genre works include her one-woman theatrical performance Thingification, as well as Speleology (2011), a video collaboration with artist Scott Rankin.  Recent and upcoming appearances include performances at the Lake Forest College Allan L. Carr Theatre, the Chicago Jazz Festival (with Douglas Ewart & Inventions), the Greenhouse Theater (Chicago), the Naropa Capitalocene, The Votive Poetics Workshop (New Zealand), and Festival Internacional de Poesía de La Habana (Cuba).

Cofounder of the avant garde poetry/performance trio The Black Took Collective, Harris has been a MacDowell and Millay Colony fellow and has received grants from the Illinois Arts Council Agency, the Cave Canem Foundation, and the Rockefeller Brothers Fund. Her work has appeared in numerous venues, including BAX, Mandorla, The &Now Awards, Of Poetry & Protest, Ploughshares, Troubling the Line, and The Best of Fence; and her compositions have been translated into Polish, German, and Spanish. Harris earned degrees in Literature from Yale University and NYU, and a PhD from the University of Illinois at Chicago Program for Writers.

The 2018 Offen Poet, Harris is an associate professor of English in the graduate creative writing program at Illinois State University and the Editor of Obsidian: Literature & Arts in the African Diaspora.

‘Although it felt like a confession’; or, Introducing the Harri Blogject: The HarriPoG and Other Experiments in Joy
Four Poems by Duriel E. Harris, PEN America
Let Us Consider Sarah