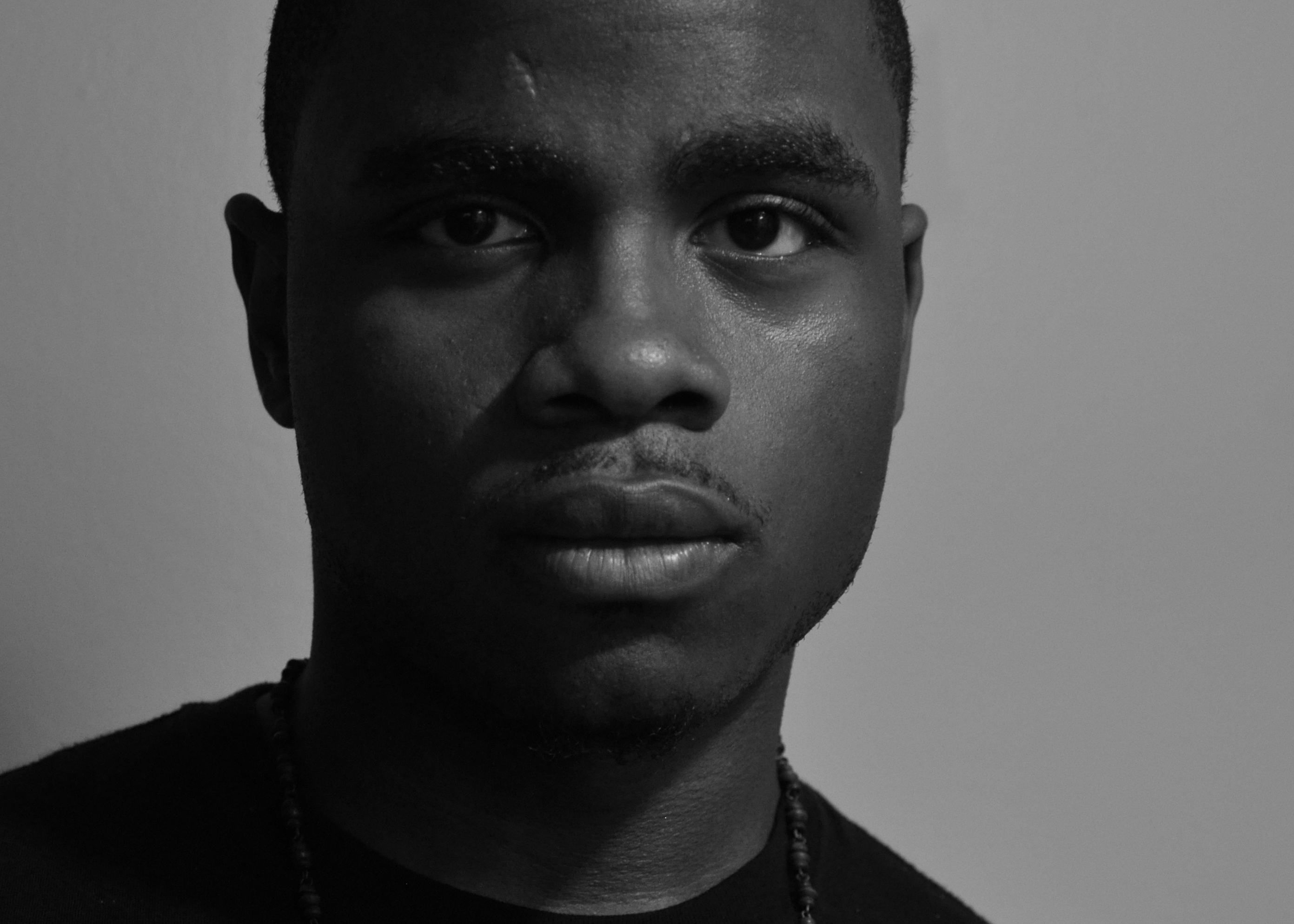 Jonah Mixon-Webster is a poet, conceptual/sound artist, and educator from Flint, MI. His debut collection of poetry and conceptual art, Stereo(TYPE) was selected by Tyrone Williams for the 2017 Sawtooth Poetry Prize from Ahsahta Press. He is a Ph. D. student in English Studies at Illinois State University, and is the recipient of fellowships from Vermont Studio Center, The Conversation Literary Festival, and Callaloo Writer’s Workshop. His poetry and hybrid works are featured or forthcoming in Barzakh Journal, Muzzle, Callaloo, Spoon River Poetry Review, Shade Journal, Assaracus, LARB’s Voluble, Best New Poets 2017, and Best American Experimental Writing 2018. He is also 1/5th of the multidisciplinary black arts collective CTTNN Club. 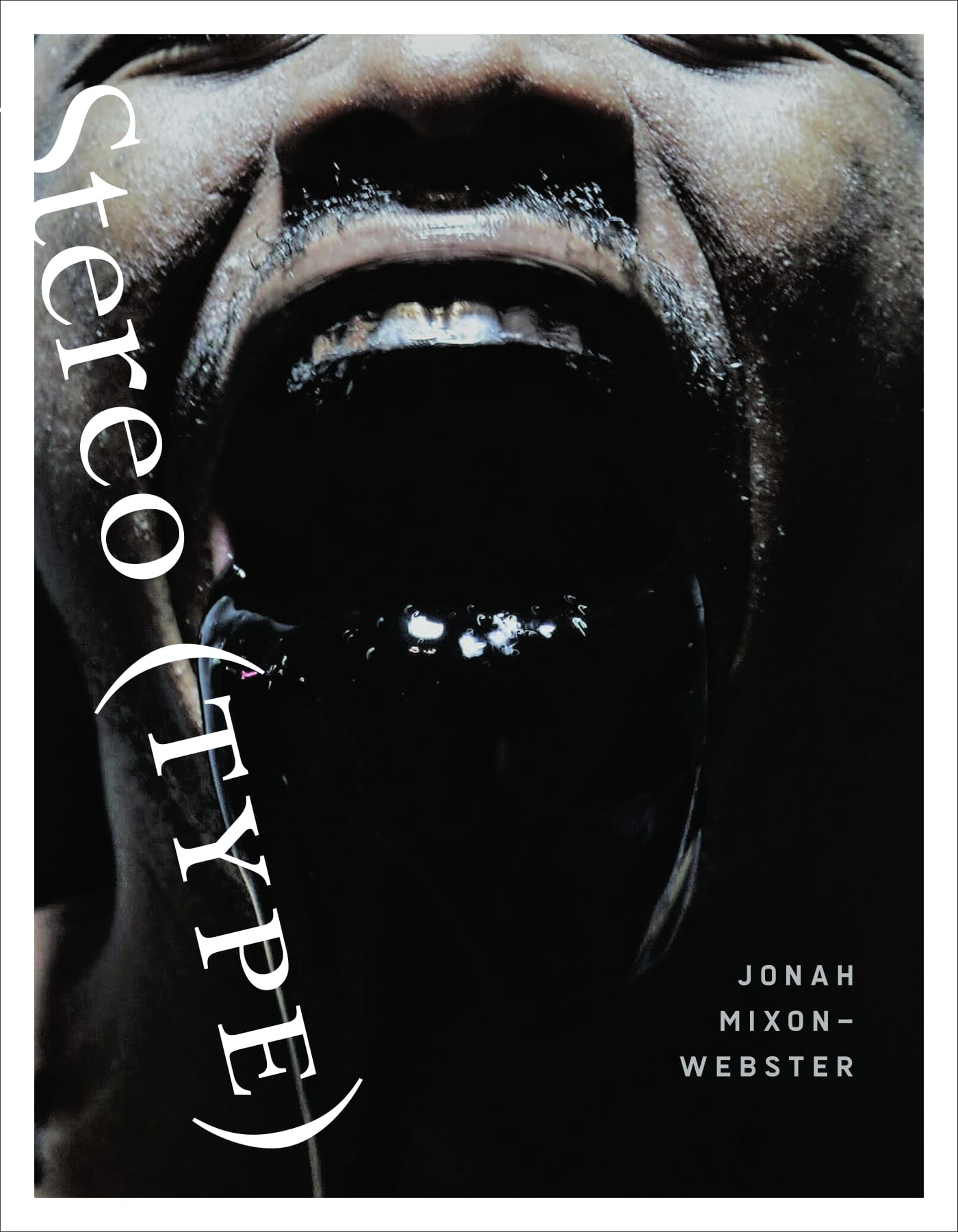 Mixon-Webster’s Stereo(TYPE) focuses on systemic racism, particularly in a section of documentary poetry dealing with the Flint, Michigan water crisis as exacerbated by that state’s government. Experimental in nature, the poems range from spoken word with emphatic type to anaphora, erasure, and prose lyric.

“Stereo(TYPE) is an urgent cri de fe, a fiery pre-emptive strike against, and homage to, the next generation of masters and mistresses, terms that apply equally to those taking up the mantles of white supremacy and those (e.g., Kara Walker, Dawn Lundy Martin, Richard Pryor, Tisa Bryant, Douglas Kearney) making up their own suprematist/constructivist responses to the pecking orders, sidestepping self-immolation in the process. Terse, flippant, and more often right than wrong, Stereo(TYPE) is an ambidextrous skill set, multiplex declensions of that unwritten book called The Descent of the Negro.”

“Jonah Mixon-Webster’s potent debut Stereo(TYPE) is kerosene for the torch, for an empire in dire need of being burned clean. His is a language wild with imaginative annihilation: of ‘the contagion that carries itself into the host,’ and the violence of ‘the body’s ruin.’ These urgent, rebellion-driven poems do not ask for supplication, though—if we’re brave enough—invite us to gather in the midst of apocalypse and look, sing, juke: at ourselves ‘as dust nursed by twilight,’ as ‘unholy witness,’ as ‘now neither one is it.’ This collection, for some, is a revelation. For others, a war-cry into the light.”

—Aricka Foreman, author of Dreams with a Glass Chamber

“Each poem in this collection chew with existential dread. Tension builds to a boiling point of unrelenting crisis without mitigation until there is no escaping its urgency or its provocations. Mixon-Webster’s language scatters in a ricochet of allusion, allegory and hood theory that simultaneously indicates and reifies the speaker’s humanity. Stereo(TYPE) should not be mistaken for a muscular interrogation of violences (although perhaps it is that, too) but seen as a rare mediation on the solitude of survivor’s guilt and the vulnerability of a raging interior.”

—Casey Rocheteau, author of The Dozens

—Simone Bailey, conceptual artist and creator of Let There be Darkness

“Jonah Mixon-Webster’s high lyricism guides us through Stereo(TYPE), rife with syntax and language that jumps out on the page. The root of the word ‘poem’ means ‘to make,’ and that is what Mixon-Webster is doing in these pages: making. Mixon-Webster is master of experimentation, for his work reads across multiple genres, creating new hybrids: poem-plays, poem-myths, poem-dreams, poem-dialogues, and more. This work is alive, demanding to be reckoned with, respected, and recognized.”

—Fatimah Asghar, author of If They Come for Us and co-creator of Brown Girls

Muzzle Magazine – “Innovation of the Sacrosanct”